The European institutions have identified open finance as the next step in Open Banking. But how do European countries embark on this journey?

At the beginning of June 2021, Andréa Toucinho, Director of Partelya Consulting, published a white paper entitled “Open banking: how is the payments market structured? “. The white paper is a collection of studies and interviews with French and European professionals on the evolution of Open Banking, not only in Europe but across the world.

To pique the interest of readers and share some highlights of the book, Andréa shared with us which countries are most open to the concept of open finance, which are the most reluctant, what is happening overseas and what role plays the European Payment Initiative (EPI), central bank digital currencies (CBDC) and EC’s reliable and secure digital identity project to play.

What does Open Banking look like in Europe? Which countries are proactively adopting this concept and which are the most reluctant?

In Europe, Open Banking is above all seen as a regulatory development linked to PSD2. As a result, many European countries have started to work on this topic as a compliance evolution. Nevertheless, we can now observe a more “opportunistic” approach, since many countries are now aiming to work on the benefits of Open Banking for the evolution of services, models, and the relationship between banks and other market players, especially the consumer. It is important to remember that certain European professionals see in Open Banking an asset which favors the place of European players in the context of competition from international companies, especially Internet giants. It is a key trend in Europe.

But there is another key issue linked to our region: despite the objective of harmonization, reflected by PSD2, for example, Open Banking has been seen in different ways in Europe and today we observe a real diversity in the area of ​​strategies. Thus, some countries have been very proactive in Open Banking. This is for example the case of the United Kingdom which, according to certain professionals of this country, has a lead of 5 years in the field of Open Banking, compared to continental Europe. This is linked to the UK’s work in fintech and the opening up of the market. Other proactive countries can be found in the Nordic zone, such as Sweden, which is closely linked to digital, or even Spain, with large banks (Santander, La Caixa, BBVA, etc.) which adopted Open Banking very early on, by launching their APIs, but also Luxembourg, with the Luxhub initiative. Regarding the countries which have adopted Open Banking with a little more reluctance, we can cite France, which is concerned about security issues and systemic questions linked to this development, and the countries of Eastern Europe which do not have the same maturity on these subjects despite a real ambition to embrace the new payments framework: the case of Poland, which recently joined the ENP project, testifies to this reality.

Limiting the discussion to France, could you please briefly present what are both the motivations and the obstacles to Open Banking in France? In terms of use cases, where has Open Banking been most successful, in the B2B or B2C sector?

In France, the challenges of Open Banking are above all linked to security. It is important to remember that this country has a strong culture of security in the field of payments with an effective framework based above all on cards, and an image of trust for banking players. Hence a certain reluctance to modify this model, which has shown its strength. French banks aimed to work on Open Banking first of all to ensure the security of the process (API definition, etc.). Another strong issue linked to Open Banking was the systemic angle of security: as a new means of strengthening the opening of the market, Open Banking was perceived as a means of modifying existing models and bringing new risks in the market. Despite this situation, the French banking sector has evolved and is now working on the opportunities of Open Banking, both for the B2C and B2B sectors. Thus, it is important to remember that if Open Banking has been treated above all as an evolution for end users, it is now also perceived as a strong opportunity for companies, for example, to boost the digitization of transactions. and equipping businesses with electronic tools. And this situation is very clear in France where companies and traders show great interest in this new paradigm. This situation allows me to predict that we are about to see very interesting developments in the field of Open Banking in this country.

Account-to-Account / Open Banking payments is an important use case of open banking, which offers a similar level of fraud protection to that SCA is aiming for. Have French brands exploited this potential? What is their take on SCA?

Although according to PSD2 regulations, SCA is above all an evolution managed by the banking sector, French merchants have been very proactive in France in this area. The cause of this engagement of demand actors is the need to develop frictionless experiences in this new security context. The French brands wanted to be included in the working group and sit down to discuss with regulators and banking players about this move towards SCA. This approach has met with great success and shows the need to evolve, today, towards genuine collaboration between all market players in order to manage the major changes in the payments market.

If in Europe, Open Banking is seen as an evolution linked to regulation, in other parts of the world, this transformation is already a reality linked to new ways of doing finance. This is the case in the United States, where changes in Open Banking are linked to operational strategies stimulated by the market. Brazil is also an interesting country in this area: Open Banking, which was launched very recently (in 2020), is seen as a way to modernize the finance sector and facilitate the entry of new players. It is important to mention that in Brazil, the launch of Open Banking will be finalized through several stages and is managed by the national regulator Banco Central do Brasil, demonstrating a real objective of promoting new financing in the country.

Overall, even if it will be difficult to see harmonization in the field of Open Banking at the international level and to observe a true global approach on this subject, all these initiatives participate in the evolution of finance, towards a model more decentralized and open. , in the world.

One of the main objectives of Open Banking is to go beyond the concept / regulation phase and move towards an open financing framework. How can initiatives such as EPI, CBDCs and EC’s digital identity project fit into this framework?

As a regulatory development, in Europe, Open Banking is seen as a specific subject, different from PPE or even CBDCs which are more operational projects. Nevertheless, European professionals agree on the fact that the combination of all this work will help strengthen the Europe of Payments. One more condition remains: the creation of a real European vision and strategy in the field of Open Banking, which is also a condition for the success of the next step identified by the European Commission: open finance.

Thank you Andréa for this informative and informative discussion. Could you please share with our readers where they can learn more about the white paper?

This white paper aims to share some key points and recommendations that ensure the effectiveness of the next steps in Open Banking. For example, it is necessary to work on the quality and standardization of APIs, at European level, and to address the end user, consumer or business, with specific communication and information tools. This is a strong condition for enabling the adoption of Open Banking by end users, especially in certain countries where consumers are more linked to traditional networks.

The aim of this book is also to analyze the next step: Open Finance which, even if it is already identified by the European institutions as a great evolution (Open Finance 2024 Plan by EC), is not a clear subject. for all stakeholders. Hence the need to promote information and communication in the field of payments, to raise awareness that the evolution towards Open Finance will involve a great deal of work in the field of technology and regulation to ensure that the evolution towards this new paradigm will be efficient and fair for all market players. 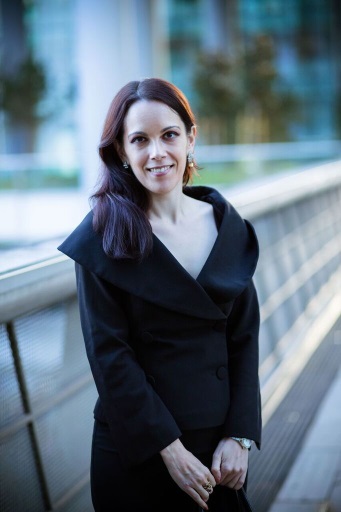 An expert in payments and financial services, Andréa Toucinho worked for ten years as Journalist – Editor-in-chief of Point Banque magazine and in charge of “PayForum” and “Banking and Innovation” events. Since 2018, she has been working in the field of consulting, with activities in Paris as Director of Studies, Foresight and Training of Partelya Consulting, and French Ambassador for the European Women’s Payment Network (EWPN). She has also developed activities in Portugal and Spain as France Representative of the Fintech Associations Aefi and Afip.

Created in 2008, Partelya Consulting is a French consulting company specializing in payment methods. She works with all market players, from banks to cash registers and merchants, on technological and strategic issues. The company works internationally (France, Europe, Morocco, etc.) and is a member of the Association Française du Paiement.

Corporate net debt to increase by $ ...